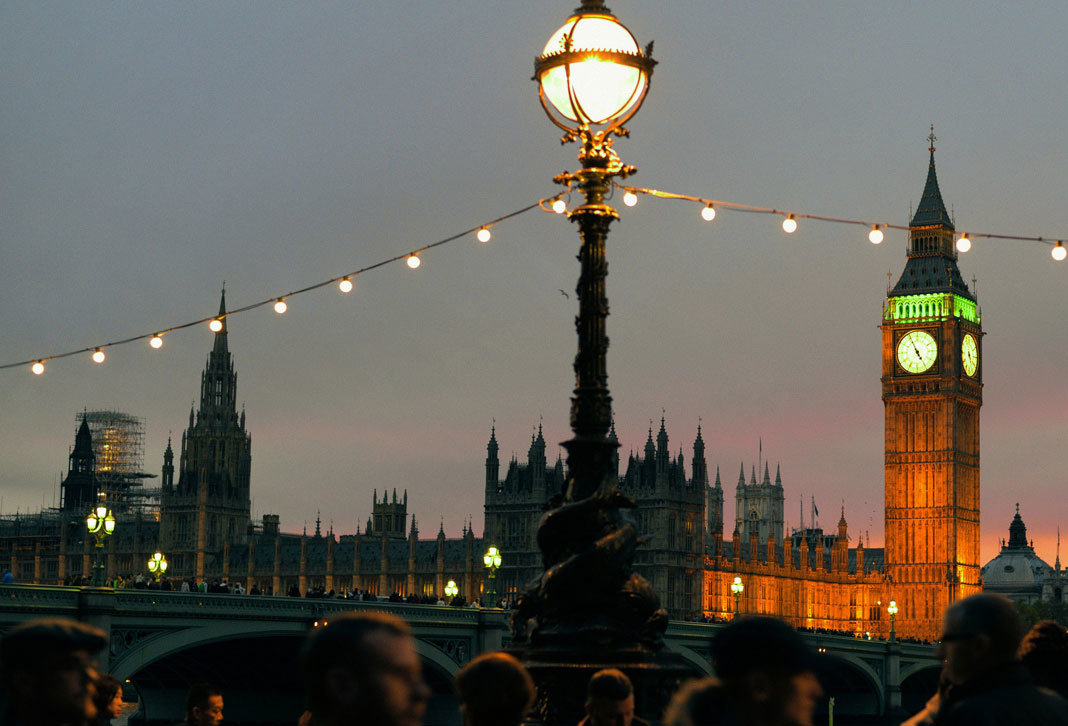 Big Ben is the nickname for the Great Bell of the clock at the north end of the Palace of Westminster in London and is usually extended to refer to both the clock and the clock tower as well.  The tower is officially known as Elizabeth Tower, renamed to celebrate the Diamond Jubilee of Elizabeth II in 2012; previously, it was known simply as the Clock Tower.

When completed in 1859, it was, says clockmaker Ian Westworth, “the prince of timekeepers: the biggest, most accurate four-faced striking and chiming clock in the world.”  The tower had its 150th anniversary on 31 May 2009, during which celebratory events took place.

A British cultural icon, the tower is one of the most prominent symbols of the United Kingdom and is often in the establishing shot of films set in London.