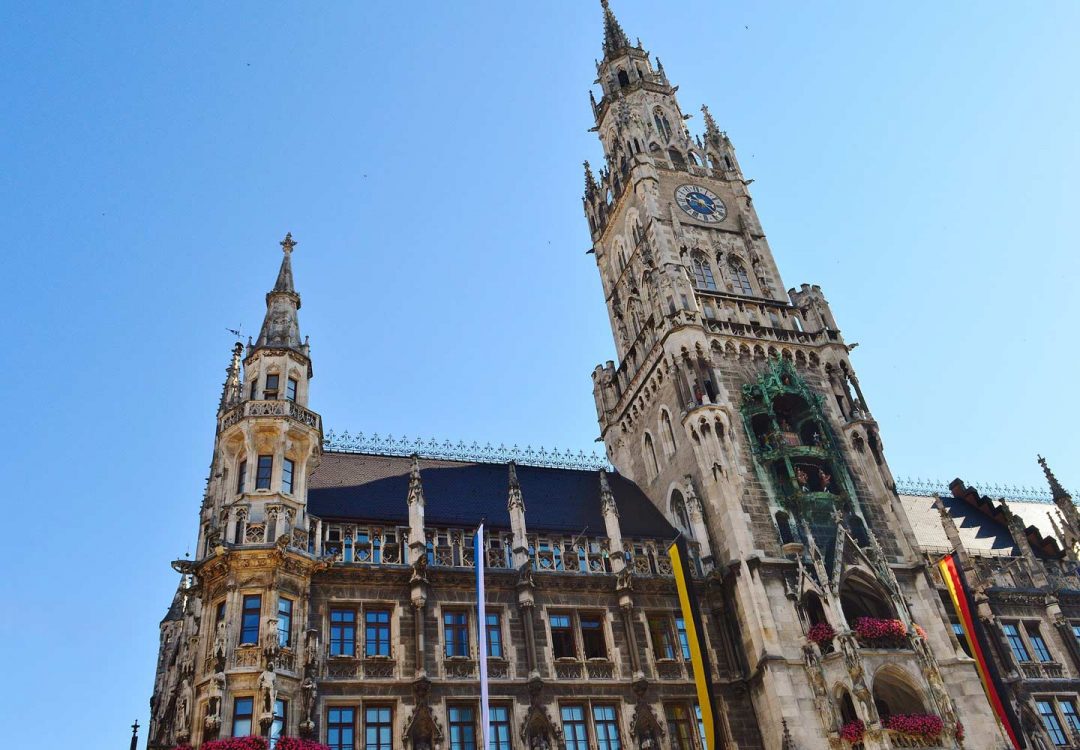 The New Town Hall (German: Neues Rathaus) is a town hall at the northern part of Marienplatz in Munich, Bavaria, Germany. It hosts the city government including the city council, offices of the mayors and part of the administration. In 1874 the municipality had left the Old Town Hall for its new domicile.

The first section of the building in the Eastern part of the Marienplatz, on the corner of Dienerstrasse, was built between 1867 and 1874.  The building has 400 rooms with a richly decorated main facade facing the Marienplatz. It shows the Guelph Duke Henry the Lion, and almost the entire line of the Wittelsbach dynasty in Bavaria and is the largest princely cycle in a German town hall. The central monument in the center of the main facade between the two phases at Marienplatz above the guard house, is an equestrian statue of Prince Regent Luitpold. The bay of the tower contains statues of the first four Bavarian kings.

The Rathaus-Glockenspiel, performed by an apparatus daily at 11am, 12pm and 5pm, is a tourist attraction.

Visit the Munich City Hall and other architectural gems in Munich on our following vacation:

8 Day Prague and Munich vacation with airfare from Chicago