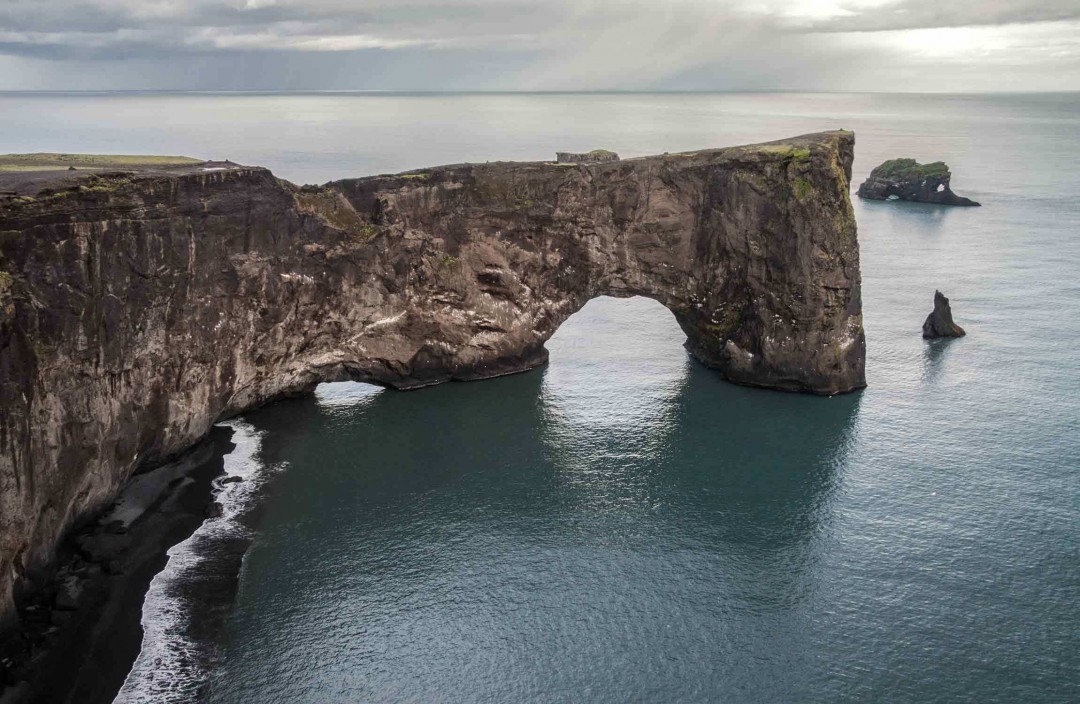 The village of Vík is the southernmost village in Iceland, located on the main ring road around the island, around 180 km (110 mi) by road southeast of Reykjavík.

Despite its small size (291 inhabitants as of January 2011) it is the largest settlement for some 70 km (43 mi) around and is an important staging post, thus it is indicated on road signs from a long distance away. It is an important service center for the inhabitants of and visitors to the coastal strip between Skógar and the west edge of the Mýrdalssandur glacial outwash plain.

In 1991, the US journal Islands Magazine counted this beach as one of the ten most beautiful beaches on Earth. Its stretch of black basalt sand is one of the wettest places in Iceland. The cliffs west of the beach are home to many seabirds, most notably puffins which burrow into the shallow soils during the nesting season. Offshore lie stacks of basalt rock, remnants of a once more extensive cliffline Reynisfjall, now battered by the sea.